Tonsillar caseum: How to eliminate naturally from the throat

There are many reports of people who suffer from tonsil stones looking for home remedies to eliminate the throat permanently, but is it possible to eliminate it with home treatments? That's what we'll see next.

Tonsil caseum, also known as casium, are small white balls that form on the tonsils, their appearance resembles a white cheese ball and has an unpleasant odor.

Some factors can contribute to the caseum appearing in the throat or more precisely in the tonsils.

The first and main reason for the appearance of the white ball in the throat is the tongue coating, when it exists it can be better perceived from the middle of the tongue to the back, it is formed by the combination of bacteria, desquamated cells and salivary proteins.

In addition to contributing to the emergence of caseum, the tongue coating also causes bad breath, leaves the saliva with a viscous appearance and the tongue becomes yellowish. 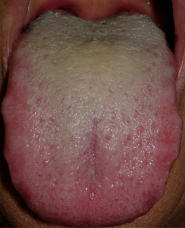 As the tongue coating is formed by several bacteria, they need food, which leads us to the second reason for the emergence of caseum, these bacteria feed on protein, such as food remains, dead cells, the mucus that is formed at the end of the throat

The combination of these two factors makes the appearance of smelly white balls in the throat favorable, bacteria, mucus and dead cells accumulate in small cavities that exist in the tonsils and there they calcify, when debris accumulates in the tonsils, they end up forming these terrible white dots.

In some cases when the caseum is still small, major symptoms may not occur, but when the white balls get bigger, some symptoms may occur, such as: 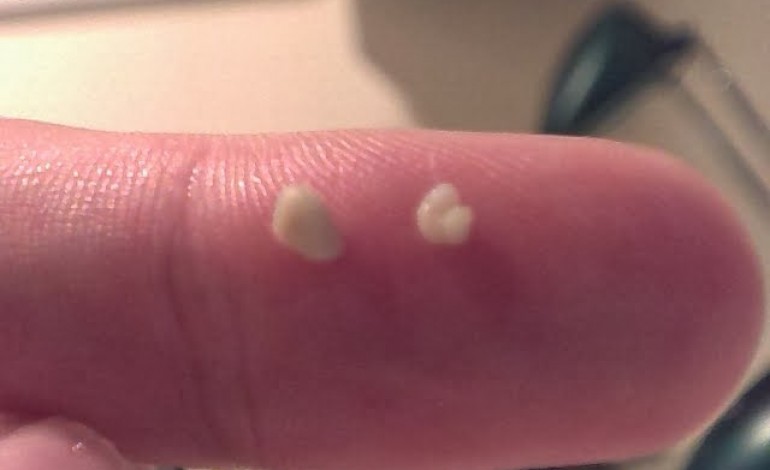 Eliminate caseum naturally: How to remove it with home treatments

When it comes to ways to get that white ball out of your throat the best strategy to take is prevention.

Maintaining good oral hygiene habits is still the best practice to take to prevent tonsil caseum from appearing, it is important when brushing your teeth to also brush your tongue to remove the tongue coating and use mouthwashes.

In most cases, people only realize that they have tonsillar caseus when the infection is already installed and showing symptoms such as unpleasant odor and strong breath, in these cases some home treatments can help to end the problem, check out:

It is worth remembering that the smelly white balls come out easily in most cases and only a cough or sneeze can remove it from the tonsils.

Remember that before taking any medication it is ideal to seek advice from an otolaryngologist specialist, only he will be able to better assess the situation of the problem to provide the best treatment, in some cases he may prescribe antibiotics, anti-inflammatories and antiseptic solutions to gargle.

Sexonambulism: Understand more about this disorder