Does Lipostabil Work? Know the whole truth about him

People are always looking for the perfect body, some are really so concerned about their fat that they end up resorting to products recommended by friends or products they find on the internet.

For the elimination of localized fat, there are already several aesthetic treatments that fulfill their function well, such as the case of lymphatic drainage and lifting, but a product that has always caught the attention of those who want to eliminate localized fat quickly is lipostabil, for years it has was used here in Brazil, but due to lack of research that proves its effectiveness, it was banned by Anvisa in 2011.

Its ban did not stop people from continuing to buy the product, generally the female audience is more concerned when it comes to localized fat, so they are the ones who most seek this type of treatment. 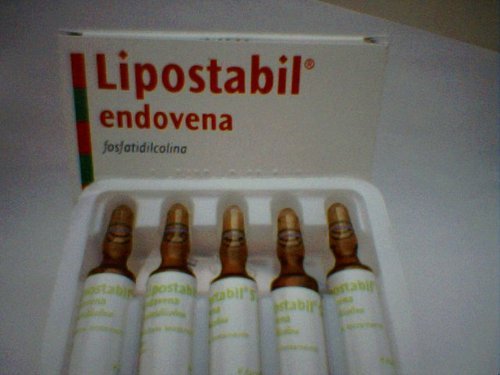 How Lipostabil is used

Lipostabil is a lipoprotein found in the cell membrane, also known as phosphatidylcholine, it is a soy-derived compound that facilitates the elimination of localized fat in a very short period of time, so because people are always looking for effective and inexpensive methods to lose weight. end up turning to lipostabil treatment in the hope of rapid fat loss.

The use of this drug was initially intended for the treatment of fat embolism, but professionals in the field discovered that it could be an ally in aesthetic treatment for fat removal in areas such as the double chin, eyelids and abdominal fat.

To apply the product, it is necessary to use an injection with a very fine needle, it will be applied in the place where you want to lose localized fat. To be applied correctly, a distance of at least 2 centimeters must be kept on the skin between one application and another.

It basically breaks down fat cell membranes and causes fat to be released, which causes inflammation and swelling for about a week, depending on the amount injected.

The total number of sessions will directly depend on the age of the person being treated, this is because in younger people the metabolism is faster, which accelerates the elimination of localized fat, and the more advanced a person is, the more sessions will be necessary, but on average there will be 5 to 10 sessions in total, always respecting a period of 16 to 22 days between one session and another.

The answer is no, it was basically developed to help eliminate localized fat, so don't expect positive results on the scales, but despite not losing weight, there are reports of people who lost about 2 cm in the measure just in the first application.

In the vast majority of cases, lipostabil is well tolerated by people and they do not experience side effects according to their own reports, but for this to happen, it is essential to maintain a balanced diet along with physical activities during the period in which it is being applied.

But there is also the other side of the coin, where reports indicate some rather undesirable side effects such as numbness, itching, holes where the injections were given, permanent lumps and bruises.

It is worth remembering that here in Brazil there are no studies that really prove its effectiveness, so it is essential to look for a professional so that he can evaluate and indicate the best form of treatment.

As already mentioned, this product is currently banned in Brazil, in part because of its side effects, which according to Anvisa can put people's lives at risk.